David vs. Goliath or The Greater Fool? 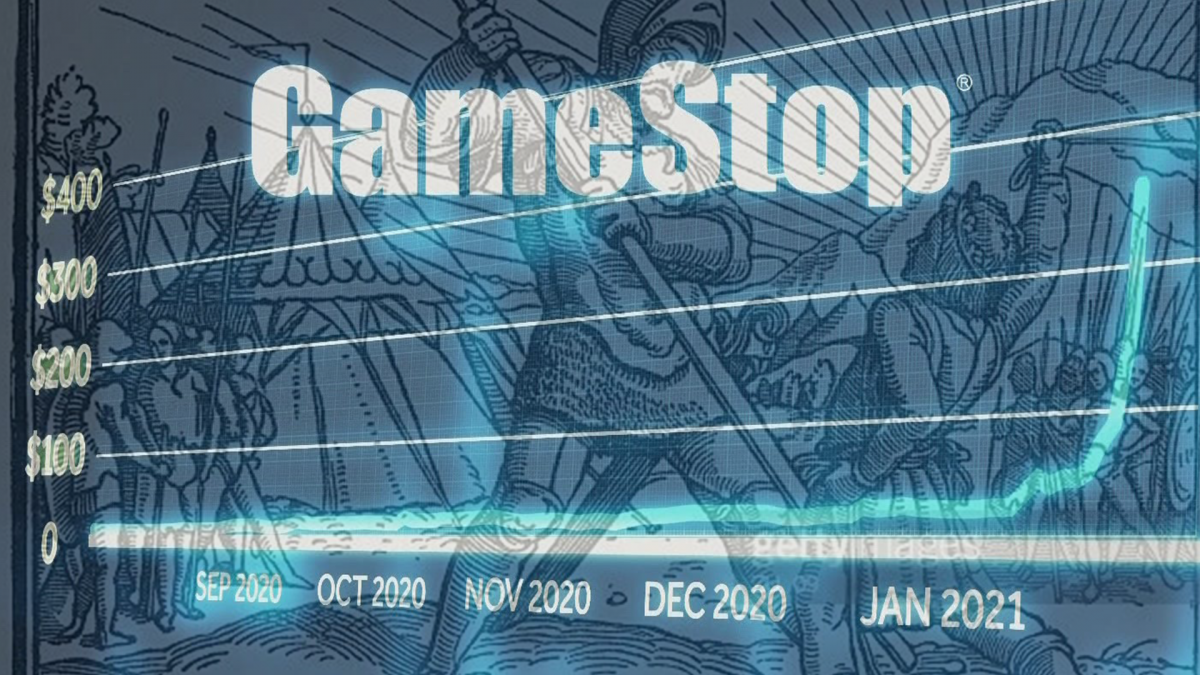 One of the more interesting episodes recently has been the battle between thousands of small amateur traders and a few large professional hedge funds over the fate of struggling companies like GameStock (GME), AMC Entertainment (AMC) and BlackBerry (BB).  The hedge funds saw an opportunity to profit from the companies’ misfortunes by “shorting” their stock, a controversial and extremely risky strategy to exploit a vulnerable company if one believes the company’s share price will fall.  The amateur traders saw an opportunity to beat the hedge funds at their own game.

A speculator (hedge funds or Goliath in this case) can establish a “short-position” in which they sell shares they don’t actually own and then at a later date buy those shares back, closing out their short position. If the stock price falls below the level at which they sold it short, and if they can buy it back at that depressed price, they make a profit, but if it rises above their short sale price, they lose.  In many instances, shorting a stock can accelerate the price decline by applying additional selling pressure on the shares.  Conversely, if purchase orders start to surpass sell orders, the momentum can reverse and push the stock price up rapidly, resulting in a “short-squeeze”.  The ultimate outcome of the short-seller’s profit or loss is the price at which they buy the shares back, closing out the trade.  Since there is no ceiling on how high a company’s share price can go, the risk from short selling is theoretically unlimited.  It is speculating on steroids. Enter David with a sling shot.

In late January, thousands of amateur traders collaborated on social media apps like WallStreetBets (part of a larger app called Reddit) and began encouraging each other to target those hedge funds and buy the very companies the big boys were shorting. These mostly young traders realized that if they bought enough shares in companies like GME they might be able to reverse the momentum, push the stock’s price up, and create a “short-squeeze” in which the short-sellers would be forced to buy back stock to cut their losses.  Not only were they successful, but their plan worked spectacularly, pushing GME from $18 per share to $325 in January.  Melvin Capital Management, one of their prime targets, saw its $12.5 billion hedge fund lose -53% in January as it tried to buy back GME and other companies in a desperate attempt to stop the bleeding.  To add to the bizarre situation, Robinhood the commission-free platform on which many of the young Turks were trading, suddenly suspended their ability to continue buying these stocks. This created a tremendous public relations nightmare for Robinhood as it was accused of applying a double standard to its amateur traders among other claims.

How will all of this play out? No one really knows but the rules of the game have changed.  Hedge funds and other institutional investors must now consider a risk that did not exist previously.  One thing worth remembering is that this is not investing, it is pure speculating.  Amateur traders in these companies are learning this week that what goes up sometimes must come down as GME and other short-squeeze plays are giving back substantial gains.  When the last hedge fund closes out its last short position, there may not be enough demand left to support these troubled companies and their shares may return to previous depressed prices.  Will those who have been encouraging others to hold the line by not selling, actually sell their own shares, taking their gains to the bank before it’s too late?  No one knows.  The greater fool theory posits that you can make money as long as there is a greater fool willing to buy your shares at a higher price.   Buyer beware!