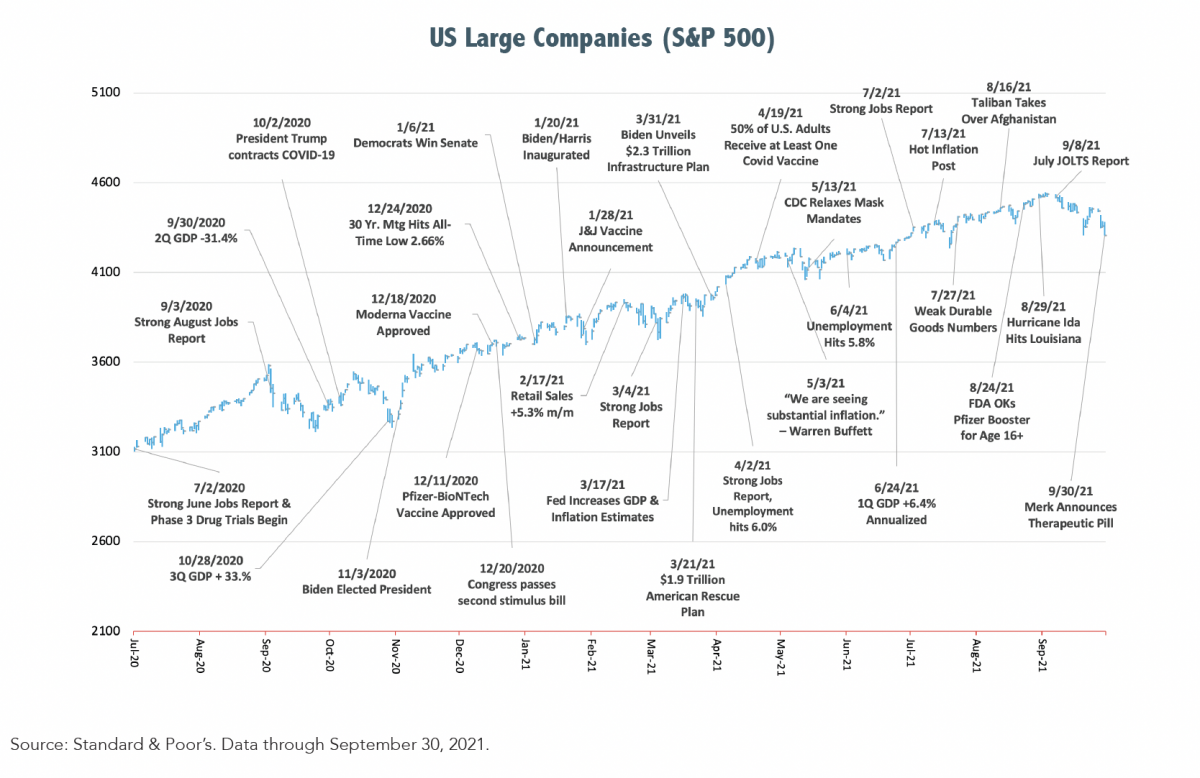 Economists are currently lowering projections for third quarter growth as measured by GDP (Gross Domestic Product) as consumers cut back on travel, hotel stays, dining out and other forms of entertainment and complications arose from the re-opening of schools and offices, all in response to the Delta variant.  Even though the numbers are reduced, estimates still call for above-trend growth in the range of 5% annualized for 3Q21. The final estimate for 2Q21 GDP growth was 6.7% annualized, up from 6.3% in 1Q21 reflecting a robust reopening economy.  The report from the U.S. Department of Commerce also included the Federal Reserve’s preferred inflation gauge, the PCE price index, which increased 4.3% annualized in August, well above the Fed’s 2% target rate. The Fed has said it will allow inflation to run hot for a while before raising interest rates.

Inflation is a concern for many companies and is partially due to labor and supply-chain constraints.  Between June and September, 224 of the S&P 500 companies mentioned inflation on their second-quarter earnings calls, according to FactSet. That is the highest number since FactSet began tracking the data in 2010.  Companies are struggling to find workers and are forced to pay higher wages when they do. The latest JOLTS (Job Openings and Labor Turnover Survey) showed a record 10.6 million available jobs, far in excess of the 8.4 million people who are considered unemployed by the BLS (Bureau of Labor Statistics). The unemployment rate fell to 5.2% in August as job gains averaged 586,000 per month thus far in 2021.  Supply shortages are pervasive with consumers and companies alike complaining of delays in the delivery of supplies and finished products. As an example, the automobile industry is experiencing delays due to shortages of computer chips, which is limiting supply resulting in higher prices for new and used cars and trucks. 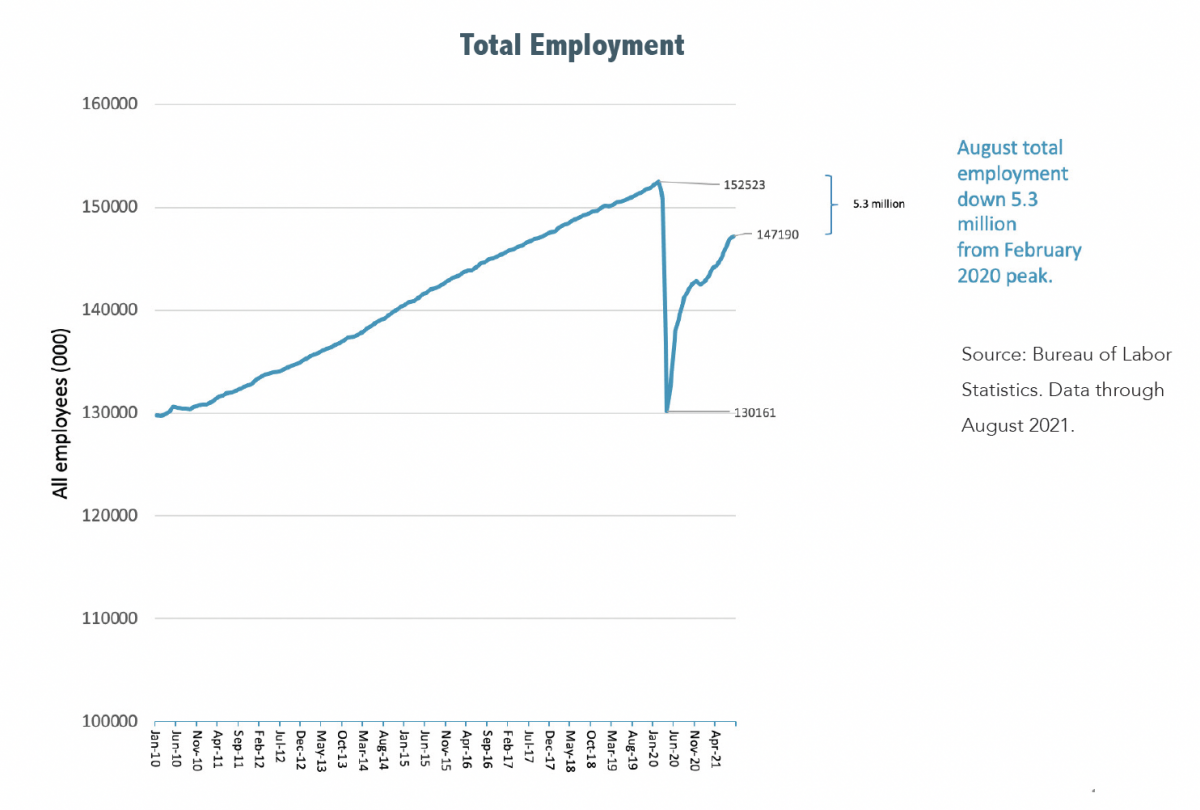 Fed Chair Powell is sticking to his guns that inflation will be transitory as evidenced by comments during a discussion hosted by the European Central Bank. Mr. Powell said “The current inflation spike is really a consequence of supply constraints meeting very strong demand. And that is all associated with the reopening of the economy, which is a process that will have a beginning, middle and an end.” The Federal Reserve, at its latest meeting on Sept. 22 signaled that it would likely start scaling back its purchases of Treasuries and mortgage-backed securities as soon as November. Officials also indicated that they may raise short-term interest rates sooner and faster than they had previously expected. Interest rates on government bonds rose to the highest level in months after the Fed’s announcements with the 10-Year Note reaching 1.54% on September 28th up from 1.18% on August 3rd.

Although still growing, many companies are now reducing their previously beefy earnings forecasts.  While many economists have lowered growth estimates for the third quarter, they have raised them for next year, indicating that some spending and production was simply delayed by the Delta surge, rather than lost to it. Stocks experienced their first hiccup of the third quarter on September 20 when markets dropped 2% or more, on concerns that Evergrande, China’s largest, and the world’s most indebted real estate developer with $300 billion in debt was on the brink of defaulting which might cause a domino effect beyond China. Concerns eased somewhat after numerous analysts opined their beliefs that the company is too big to fail and could be backed-stopped by the Chinese government if push comes to shove. 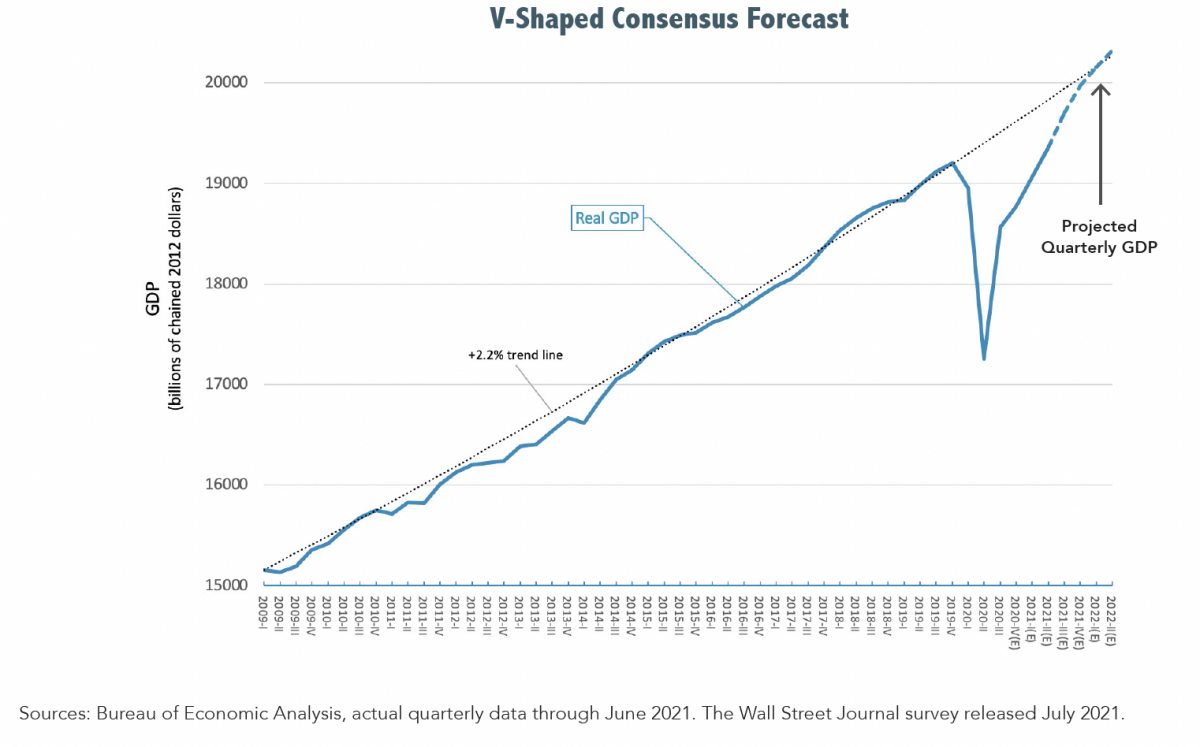 As we moved into the fourth quarter stocks reversed their negative momentum with reports of higher consumer spending further boosting investor confidence that the economy will continue growing.  Risks are still there - they always are - with three of the most prominent being COVID-19, inflation, and rising interest rates.  At some point sooner than later, COVID-19 will be solidly in the rearview mirror.  Just as the quarter ended, Merk announced an experimental pill that has helped prevent high-risk people early in the course of the disease from becoming seriously ill and dying.

Inflation may very well be with us for a longer duration than Jerome Powell expects. A good offense is the best defense when it comes to inflation and history teaches that one protection against higher costs is to own the very companies that are increasing the prices of their goods and services.  As for rising interest rates, those in the Wealthview camp welcome higher yields for a couple of reasons.  First, higher rates are a sign of an improving economy, something everyone can embrace.  Second, investors unable or unwilling to put all of their investable dollars into common stocks (most people) could surely benefit from higher returns on their fixed-income holdings. 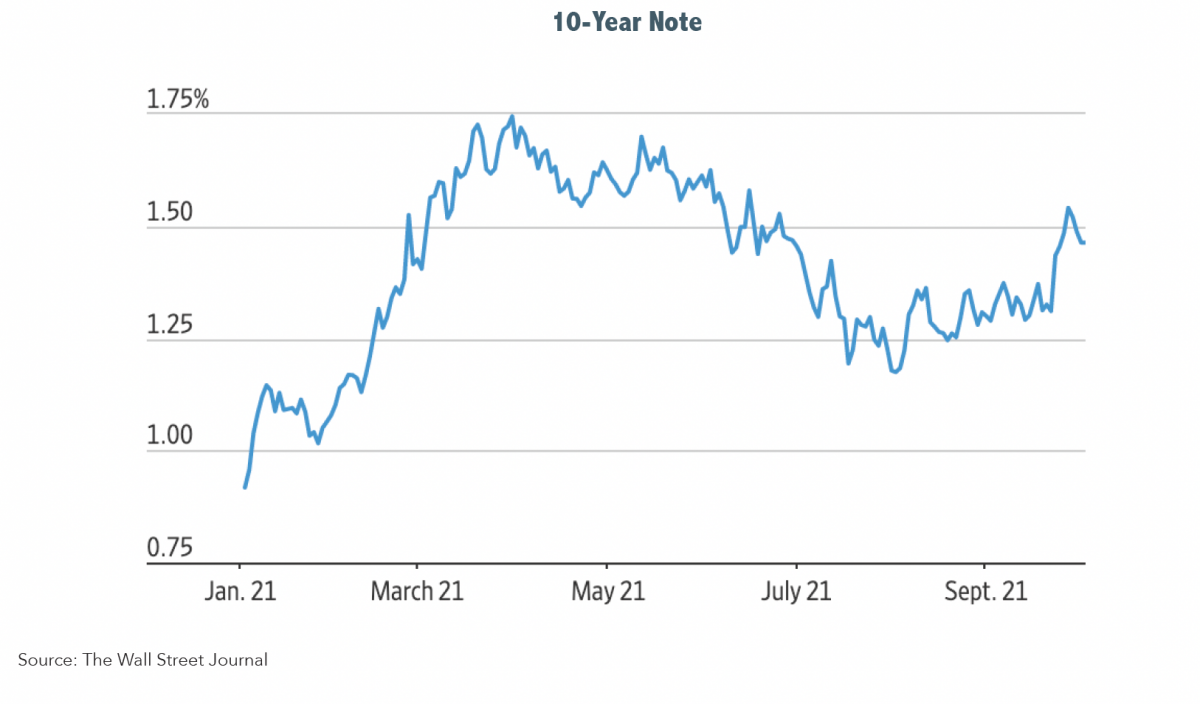 For investors with prudently crafted financial plans, supported by a team of dedicated professionals, the vexations of the markets (rising interest rates, inflation, etc.) are factored into the various short-term impacts on their portfolios and their plan’s long-term probability for success. They spend little time obsessing over things they cannot control and rest in the comfort of knowing these things have already been addressed. They are able to relax and focus on the things in life that truly matter – their families, careers, and personal interests.  The only Delta blues they will be paying attention to will be coming from talented musicians throughout the Mississippi Delta.

Best wishes for a pleasant fall.