The recurring theme throughout 2022 continues to be runaway inflation and the Federal Reserve’s inability to contain it. In late June equities staged a rally and interest rates fell on the assumption that inflation had peaked. Then came the July and August CPI (Consumer Price Index) reports. Both times the consensus anticipated the numbers would reveal a downturn in the data. Both times the consensus was wrong. Admitting it has miles to go before it sleeps, the Fed raised the fed funds rate on September 21 by another 0.75% trying to slow the economy, correct supply-demand imbalances and stabilize prices. This was the fifth increase in the funds rate which has gone from a target range of 0.00% - 0.25% in January to a current range of 3.00% - 3.25%. The Fed also moved up its target for the fed funds terminal rate which it now predicts will be 4.6% by late 2023. The terminal rate is that rate which marks the peak in the Fed’s tightening cycle.

The third quarter witnessed the resignation of UK Prime Minister Boris Johnson, the death of Queen Elizabeth II, and the ascension to the throne of King Charles III. Although none of those events directly impacted financial markets, the resignation of Johnson led to the establishment of a new coalition government under Liz Truss, the UK’s new PM. Truss’s government, following through on campaign promises, unveiled on September 23rd sweeping tax cuts and other incentives aimed at stimulating the British economy. Global markets reacted negatively to the news believing the measures would be counterproductive during a period of high inflation, rising interest rates and a slowing UK economy.

The markets transitioned during the year from a “risk-on” TINA (There Is No Alternative) rationale justifying common stocks’ lofty valuations, to a current “risk-off” posture. Rising interest rates can be a dual-edged sword simultaneously creating competition for stocks and increasing borrowing costs for businesses and consumers alike. So far this year, short-term interest rates have soared in response to inflation and the Fed’s rate hikes. The 2-Year US Treasury Note which yielded 0.25% in January hit 4.35% in late September. Additionally, the yield curve inverted with short-term rates now above longer-term yields.  While not a perfect predictor, inverted yield curves often pre-sage a recession. 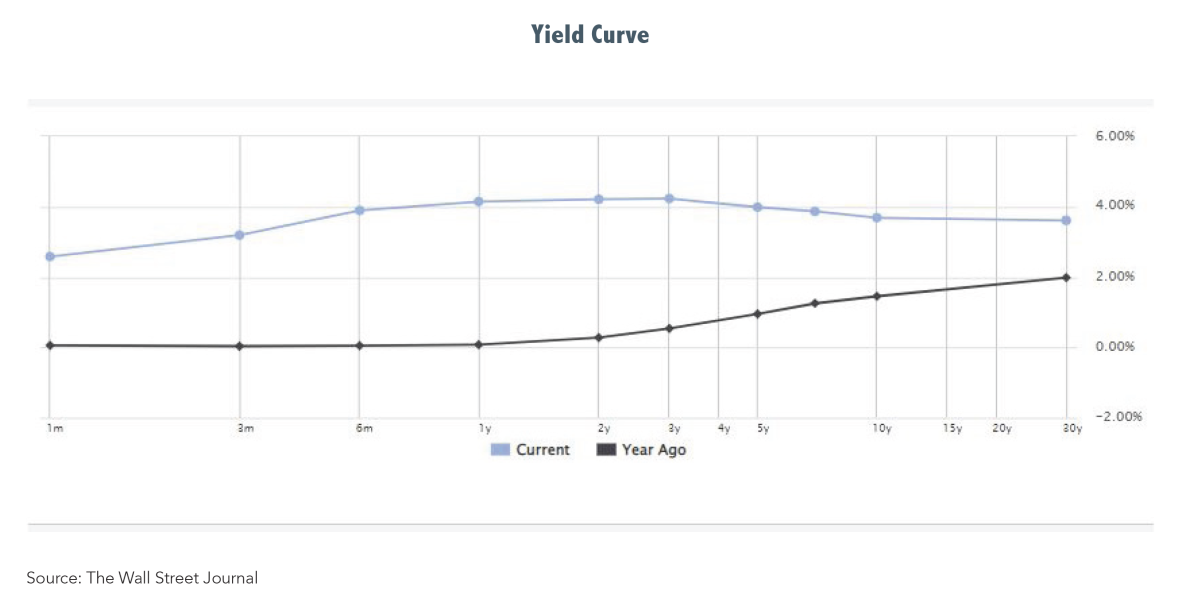 To the market’s dismay, Fed Chairman Jay Powell stated the FOMC (Federal Open Market Committee) will need to raise interest rates higher and for a longer duration than it had anticipated to get inflation down to its 2% target. He conceded a recession is possible and the required economic slowdown will result in pain for consumers and businesses alike. The Federal Reserve obviously erred in its monetary policy strategy. First it abandoned its practice of pre-emptively raising or lowering rates to slow down or speed up an economy it believed was getting too hot or cold. In 2020 it transitioned to an “average target rate” policy in which it would allow inflation to run unchecked until it averaged 2%. The Fed never said how long it would allow inflation to average 2% and while it “monitored the data” inflation shot through 2% on its way to the highest levels in 40 years.  Then the Fed waited too long to act and now finds itself in the unenviable position of trying to close the door after the horse left the barn.

Both equity and fixed-income markets backed up in late September with stock prices testing their June lows and bond yields hitting recent highs. Company share prices are adjusting to an expected economic slowdown which would lead to lower revenue, lower earnings, and possibly reduced dividends. Zacks Investment Research reports Q3 earnings are currently expected to grow 1.2%, down from 6.5% forecasted in late July. Ironically, the lower expected earnings become, the easier it is for companies to hurdle those estimates which could provide price support. Bond prices are lower as they move inversely to interest rates. 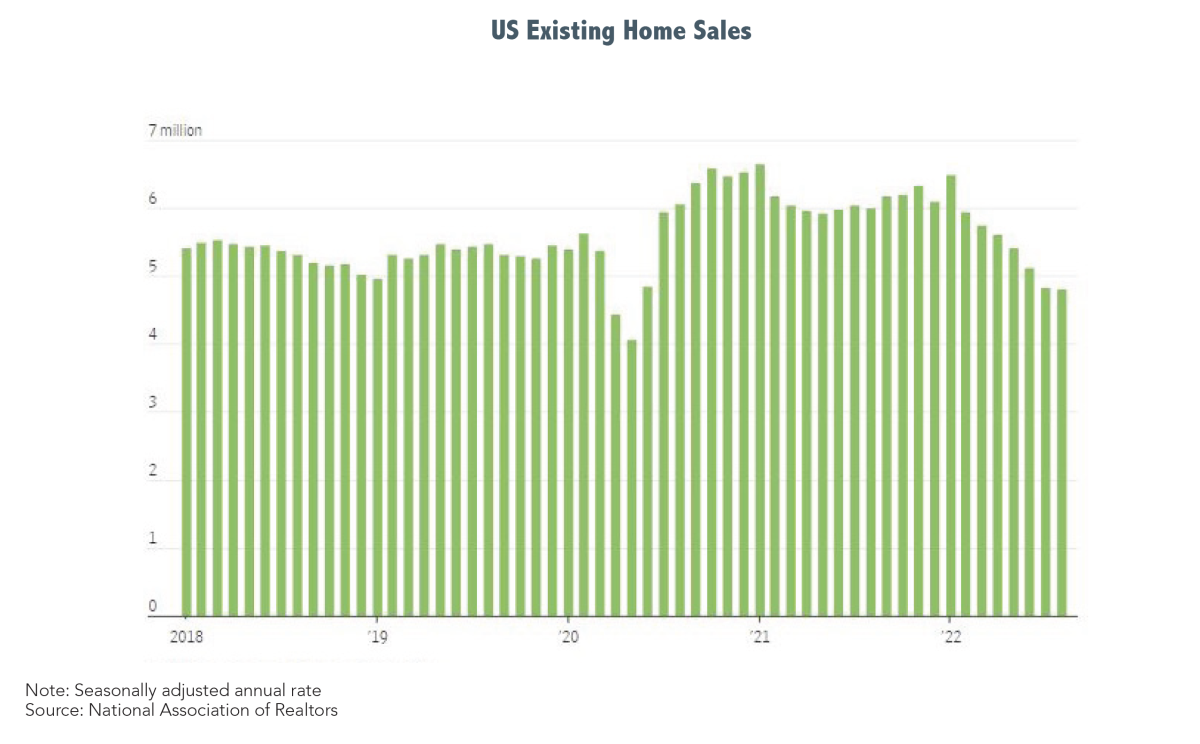 The current economic picture is mixed. The positive side of the ledger includes strong employment growth, reduced gas prices and forecasts of a modest increase in Q3 GDP (Gross Domestic Product). Although late to the party, the Fed’s actions are slowing the economy. The sector most impacted by higher interest rates has been the housing market as 30-year mortgage rates jumped from under 3% last year to over 6% by September. Existing home sales fell in August for the seventh straight month, the longest stretch since 2007.  August building permits dropped -10% from July and -14.4% year-over-year. Oil (WTI) prices fell under $80 in September after hitting $123 per barrel this summer. Energy traders are betting the demand for oil and gas and derivative products will fall as the economy slows. The Conference Board’s Index of Leading Economic Indicators (LEI), which measures a basket of twelve other indexes, is one of the most reliable forecasting tools and typically rolls over prior to the onset of recessions. The LEI now appears to be rolling over indicating a slowing economy.

Investors don’t like uncertainty or volatility and may be tempted to take refuge in cash until the coast is clear. The future is always unknown and unknowable and therefore uncertain. Since markets are anticipatory, moving in advance of empirical evidence, those who wait for an “all clear” signal will not see it until too late. Additionally, if it were not for volatility, common stocks’ returns would merge with non-volatile assets and offer no excess return. It is volatility that creates the opportunity for the premium return investors seek. Market declines, whatever the reason, are temporary interruptions in the permanent wealth creation engine represented by growing companies supplying goods and services to the world’s ever-expanding population. Such declines also represent periodic opportunities for risk tolerant investors to buy shares at reduced prices. 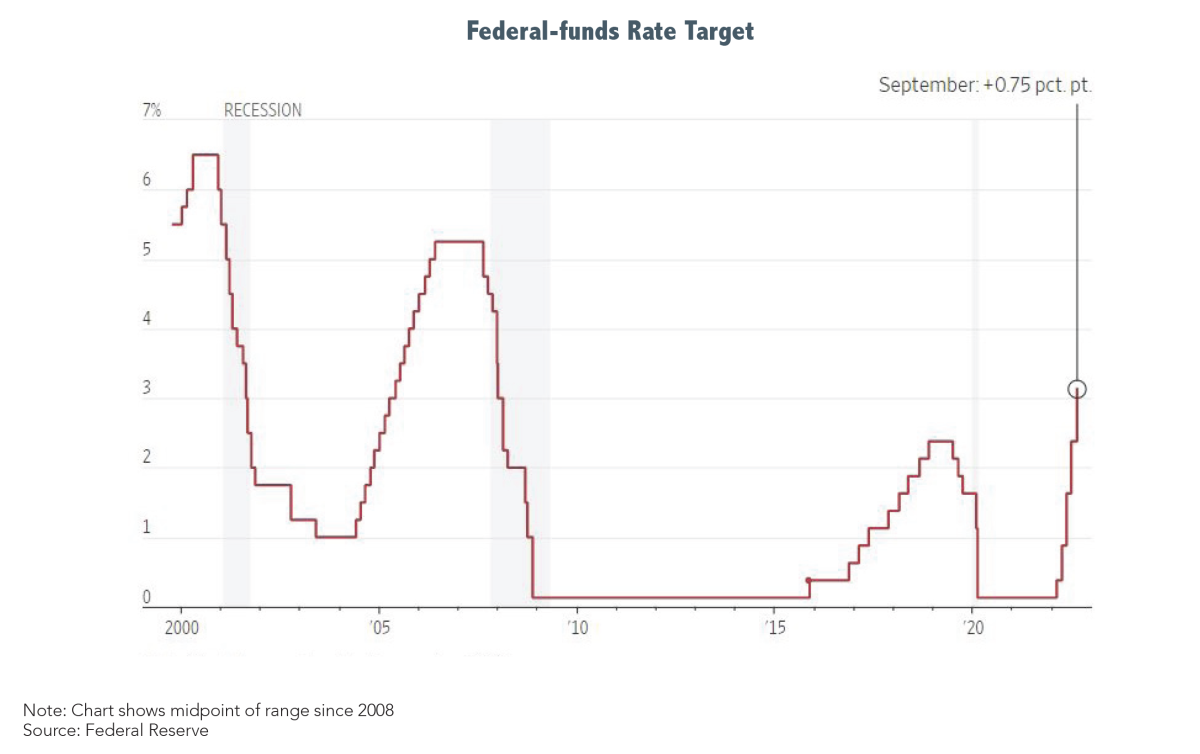 The pendulum of investor emotion swings back and forth from risk-on to risk-off, which can lead to impulsive decisions to take too much or too little risk at exactly the wrong time. Before the Federal Reserve pivots to a “kinder and gentler” posture it seems determined to continue with its “higher for longer” approach until it has slayed the inflation dragon. Investors have a choice to make - constantly react to the crisis du jour and try to time the market or take the long view and trust in human creativity and ingenuity to successfully assess problems or opportunities and not only survive but thrive.