May 8th, 2020 marks the 75th anniversary of the end of the Second World War in Europe and is commonly referred to as V-E Day.  The war would not officially end for another three months when Japan surrendered on August 15th, 1945, now known as V-J Day.  It was the largest, deadliest, and most destructive war in history, lasting six years, involving thirty countries and resulting in the death of over 70 million people.  Virtually everyone who lived through it endured varying degrees of sacrifice, economic hardship, and personal loss. 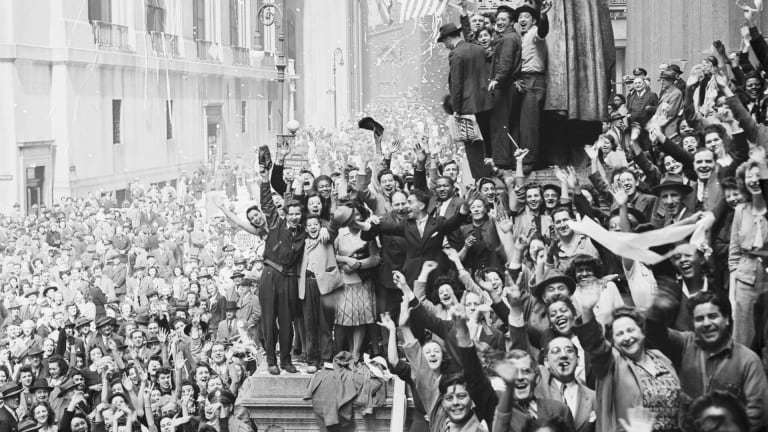 We now find ourselves engaged in another world war - this time against an invisible enemy that has spread misery, death, and destruction throughout the globe.  One big difference in this war is that almost all the world’s countries and greatest minds are united against a single, yet determined, foe.  COVID-19, the novel coronavirus, is six months into its silent assault and as of this writing, over 3.8 million people worldwide have been infected resulting in over 265,000 fatalities.  Many more likely became infected but were asymptomatic and recovered having never known they were infected.  The economic destruction is unprecedented as dozens of governments made the controversial decision to shut down their economies trying to bend the infection curve.  The U.S. alone has lost over 33 million jobs and our unemployment rate has gone from a fifty-year low to possibly the highest rate since the Great Depression, in just three months.

People are speculating on how long the pandemic will last, how the world will differ on the backside of this crisis, and what victory will look like. No one can answer those questions definitively, but if there is one certainty, it is that the war against COVID-19 will be won.  The pandemic will end when therapeutic drugs and effective vaccines are readily available, which could be as early as later this year.  It will then become something we treat with the same caution and pro-active initiatives as the flu which kills thousands of Americans annually but does not shut down our economy.  One bright spot is the many people who were likely infected but never knew it means the mortality rate of the virus is lower than the ratios derived only from confirmed cases. People may view things differently after COVID-19, and hopefully with a better perspective.  We may appreciate the joys of a slower, more intimate lifestyle that includes deeper conversations, longer walks and simpler forms of entertainment. Maybe we will understand that happiness and security is not found in the size of our bank accounts or investment portfolios, but rather in the depths of our relationships and faith in something bigger than ourselves.  Life, in and of itself, is a risky proposition and there are no guarantees, as we realize more acutely today.

Many people who lived through WWII resolved to make the post-war world safer, better, and more prosperous for future generations.  There have been other wars, but none like WWII.  That war ended the Great Depression with an “all hands-on deck” effort replacing bread lines.  Germany and Japan, our former foes, were rebuilt by the Allies and transformed themselves into two of the world’s largest, and most productive economies.  America, which entered the war bruised and weakened after Pearl Harbor, became the greatest super-power and economic engine in the history of the world, lifting more people from poverty than all other countries combined. What unknown benefits will this war against COVID-19 create?  Stay tuned, as I am betting on a blow-out in creativity, compassion, and advancements in the human condition over the next twenty years.

When victory was announced in 1945, there were crowds celebrating in streets across the world with tears, hugs, and one very iconic kiss. The victory over COVID-19 may be heralded in deafening declarations from governments, news organizations and celebrities or, it may simply be quietly revealed day by day as more and more people go back to work, school and places of worship, look around and realize that the pandemic is no longer a significant threat.  In either case, my guess is that someone will select a date when the world won the battle and that day will become known as V-C Day (Victory Over COVID-19). May it come soon!