By the Way of Flight

In Greek mythology, Daedalus, and his son Icarus, became imprisoned on the island of Crete.  To escape, Daedalus sets himself to building wings made of feathers for both he and his son so they may fly away from the tower holding them captive.  As Daedalus was teaching his son to use them, he warned Icarus, “Remember, never to fly too low or very high, for the fogs about the earth would weigh you down, and the blaze of the sun will surely cause your feathers to come apart if you go near.” 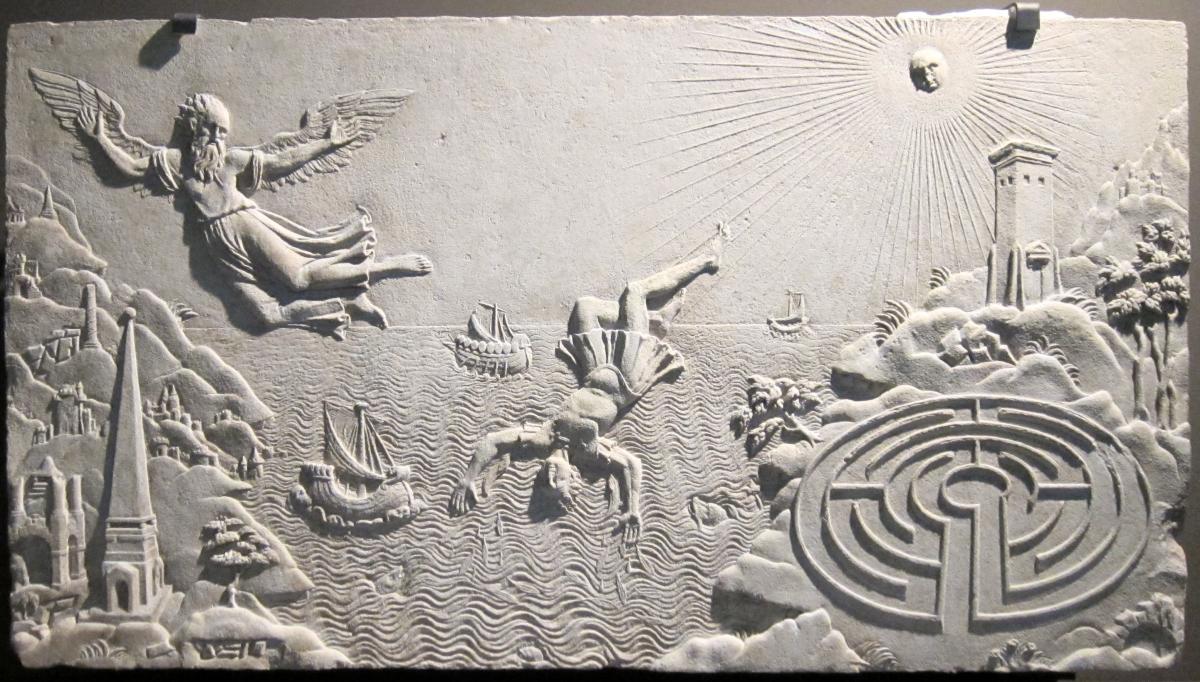 The day arrived for both Daedalus and Icarus to make their escape, so they both set out, and away they flew.  At first, panic filled Icarus as he gazed down upon the island of Crete.  Soon, he began to feel the wind in his wings, he became relaxed, he became more confident.  Slowly, with fear aside, Icarus set his path upward and started flying higher and higher toward the heavens.  In his excitement, he failed to remember his father’s warning.  Before Icarus knew it, he was falling from the sky.  He had flown too close to the sun, which melted the wax holding his wings together.  Though Icarus tried flapping his arms faster and faster, there was nothing he could do.  Icarus fell into the ocean never to be seen again.

I recently came across the story of Daedalus and Icarus and could not help but think how much it translates to investing, especially investing toward financial goals.  People who fly too high, who constantly seek instant gratification by living above their means, or who take on more investment risk than they realize, are bound to come up short.  The same is true for those who fly too low, who avoid risk at every facet.  Starting off the year 2021, and for parts of 2020, the headlines regarding the market have had a feeling of flying high or excessive risk-taking.

For example, take David Portnoy, a successful entrepreneur who started day trading live on Twitter around March of 2020 when the lows of the markets were being reached and stock prices were trading wildly.  Portnoy was telling his many followers to just buy stocks, any stock because stocks only go up!  And since the market was making its comeback, it felt like he was right!  The stocks he was trading live on Twitter appeared to just keep going up, no matter what.  His popularity even led to him being invited for interviews on financial networks such as CNBC and to be written about in financial publications such as Bloomberg.  It is safe to say that his market timing was great, almost.  Portnoy got tripped up in the trading mania of companies like GameStop, AMC, Blackberry, and other heavily shorted names recently making headlines.  He bought toward the top and ultimately lost $700k when his “meme” trades turned against him. And yet, he still presses forward. Mr. Portnoy is a wealthy individual accustomed to risking his money and can afford the loss, but what about the many others who became caught up in the frenzy?  Short-term trading and chasing returns usually do not end well.

Speaking of GameStop, the company’s recent run is a great example of market speculation and excessive risk-taking.  GameStop is not a new company, nor has it made any changes to instantly become an exciting company.  The company sells video games, consoles, and console accessories.  GameStop used to have stores in almost every shopping mall you could walk into, but the company has performed poorly at keeping up with the times and the transitioning of the gaming industry.  Over the last couple of years, GameStop has lost close to a billion dollars and ended 2020 with a market valuation of $1.3 billion.  Step into 2021 and GameStop is suddenly worth almost $33.7 billion.  A $32 billion increase in value, all due to a 2,000% rally of its stock, yes, 2,000% rally in approximately 30 days. Thank you, Mr. Market!

The rally occurred for multiple reasons, not the least of which was experienced and new investors alike seeing the headlines, becoming excited, and jumping in.  Many individuals had no idea what they were buying, they just saw quick money being made and wanted their share.  Even crazier, billboard ads were purchased to help support the rally, with one even showing up in Times Square! The rally was not based on GameStop suddenly turning a corner, heading toward greener pastures.  In fact, the company’s future survival is still in question, but that was apparently irrelevant. Fast forward to February, and the GameStop rally crashed swiftly.  GameStop lost approximately 80% of its value in a few days, 60% in one trading day alone, leaving many investors with large losses. Many investors threw caution to the wind and paid a heavy price for it. The GameStop saga goes to show how the psychology of a crowd can lead a security to be priced anywhere in the short term, without any regard to fundamentals.

What is the point of all this?  Financial planning, and investing prudently, is about finding the appropriate balance between risk and return.  It is about avoiding chasing returns in a hot market and avoiding reaching for returns in a poor market.  It is about making compromises.  If you want higher returns, you must be willing to take on some type of risk, flying a bit higher.  If you want more safety, you must be willing to give up some return, flying a bit lower.  But never flying too high or too low.  And importantly, always avoiding the type of risk that can lead to a permanent loss of capital sufficient to derail you from achieving your financial goals. Investing should be over a lifetime, built upon a systematic approach that is followed in both good times and bad times.  To find your right approach, your right balance, you need to prepare and plan. Always remember, have a plan, prepare to stick to it, and stay diversified!